Companies of the future should derive value from the intelligence they provide on top of existing data rather than have the value be just the data.

How can we imagine more rhizomatic structures instead of arborescent systems?

DISCLAIMER: To borrow words from Robin Sloan: While it is okay to share this link, I want to underscore that I am sending it specifically to you with the hope that you will really think about it! At such a primordial stage, a proposal like this doesn’t need diffuse, drive-by attention. It needs, instead, close consideration and generous imagination.

The competitive advantage of the vast majority of today’s centralized platforms are in their data moats and network effects. The major reason why these platforms remain so dominant is because of their data and users, not because of how good the service quality is.

In an ideal world, we focus on local-first software that works independently of large platforms – at the end of the day platforms should be used to support efficiency of collaboration at scale, not to gate users from moving their data for the sake of retention.

I’ve spent a lot of time looking at the retrospectives of peer-to-peer protocols and distributed applications and there are 3 common themes I’ve found in all of them:

While blockchain can be used in creative ways to overcome most of these, it currently comes with a large set of downsides that make it hard to build on top of it (e.g. expensive to store things completely on chain, slow confirmation times).

While I hope these will be mitigated in the future, I wanted to spend time exploring alternative and potentially more general-purpose means of addressing these main problems without blockchains.

My main research question is about how we can enable data-neutrality on a web dominated by data moats. A few consequences of this work:

I’m tentatively calling this project Rhizome. It aims to be a data-persistence and identity layer for the distributed web.

As a whole, it forms the basis for a new model of the internet where first and foremost, people own their own data.

This is a summarized version of the full vision of Rhizome. Read the full essay on data neutrality.

Rhizome is a set of abstractions on top of DIDs, UCANs, BFT CRDTs, and a tuple store. It is a local-first data replication and synchronization service much like iCloud/Dropbox. 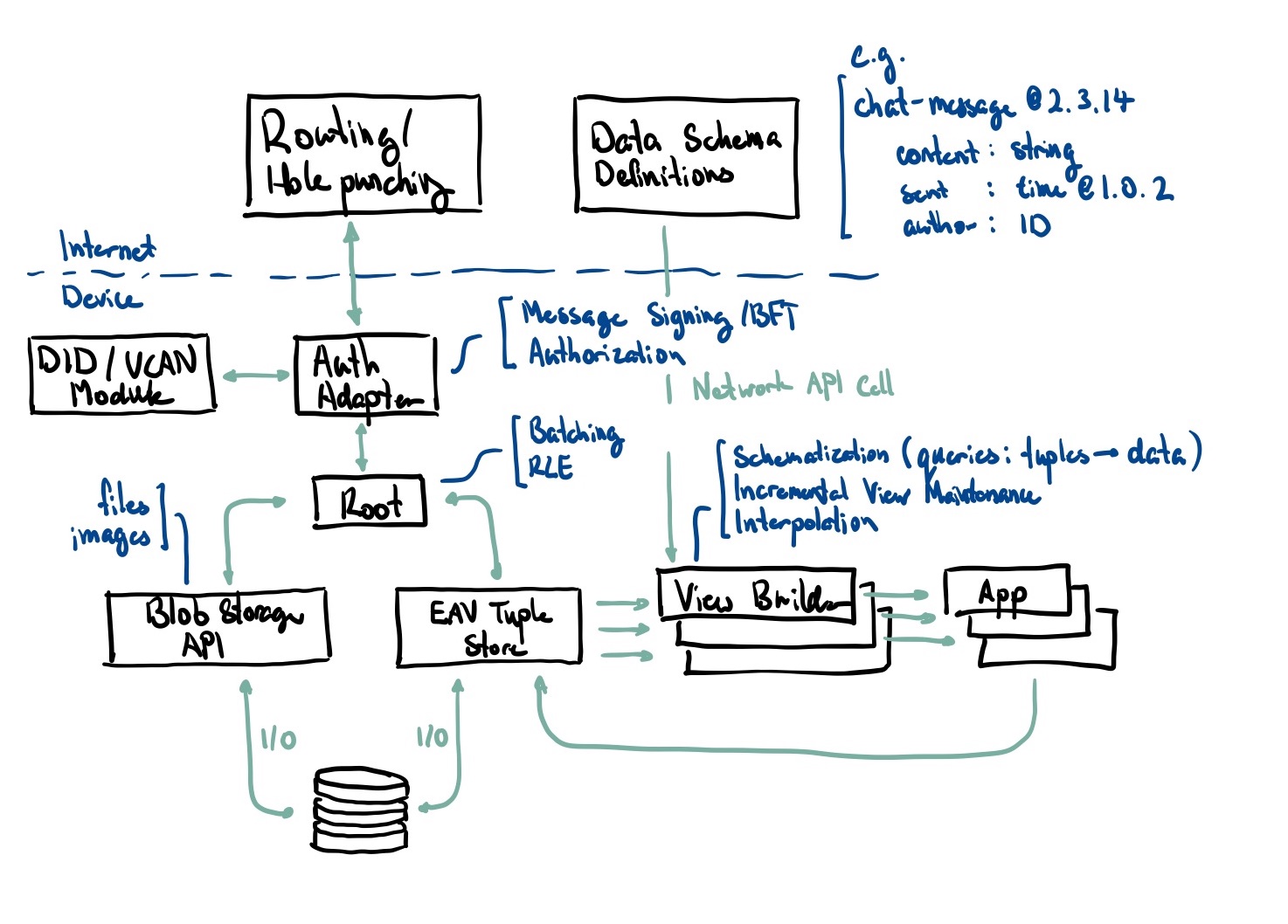