Both network and transport layer (violation of abstraction/layering) 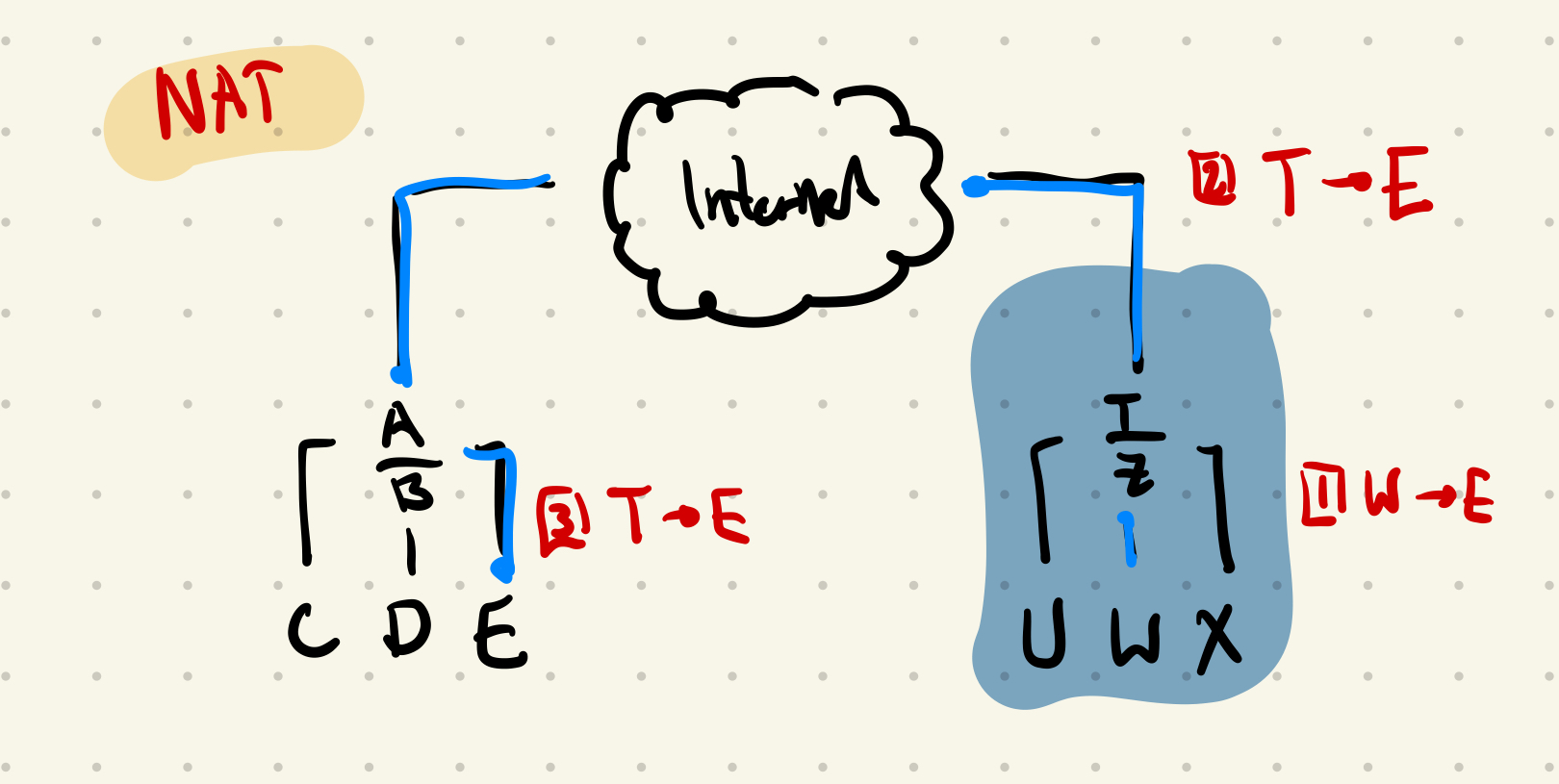 Hole punching (or sometimes punch-through) is a technique in computer networking for establishing a direct connection between two parties in which one or both are behind firewalls or behind routers that use network address translation (NAT).

Mostly used in decentralized or peer-to-peer communication as the latency incurred by relaying through a central server is prohibitively expensive for real-time activity like voice calling, file syncing, etc.

Hole-punching usually involves the use of third-party hosts that run STUN or ICE to figure out the public address of the NAT.

The idea is that to allow packets to come in from a remote endpoint, the computer behind the NAT or firewall needs to send something to the remote endpoint first. By doing so it creates a “hole” in the NAT or firewall through which communications can proceed. This even works when both sides are behind a NAT/firewall, when both sides start by punching a hole in their respective NAT/firewalls.

When a peer doesn’t yet have a list of neighboring peers, it will select a bootstrap server for peer B. Bootstrap servers have the same peer discovery protocol as regular peers except they respond to introduction-requests for anyone.

Details how a server can determine what kind of NAT and firewall is between itself and the public Internet.

TURN places a third-party server to relay messages between two clients when direct media traffic between peers is not allowed by a firewall.