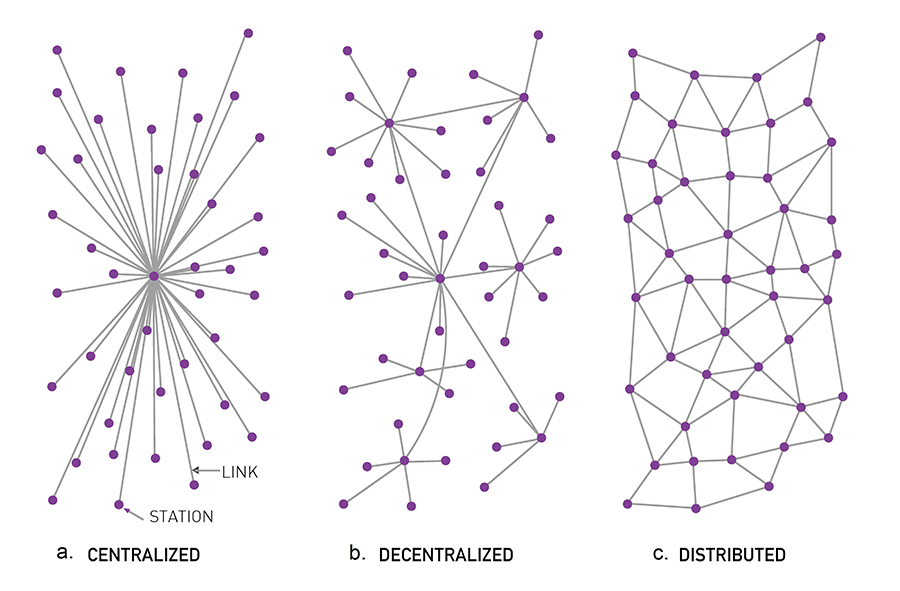 Follow a predictable life cycle along the S-shaped adoption curve.

At the beginning, will do everything they can to garner usage and appear more valuable as platforms with multi-sided positive network effects. However, when they move up the S-curve, their power grows. Eventually, the relationships turn from positive sum to zero sum. Thus, to continue growing, they must extract from users (e.g. selling user data, taxing profits, etc.)

Centralized systems often start out fully baked, but only get better at the rate at which employees at the sponsoring company improve them. Decentralized systems start out half-baked but, under the right conditions, grow exponentially as they attract new contributors.

Standards efforts should focus on providing concrete utility to the majority of their users as published, rather than being a “framework” where interoperability is not immediately available.

Decentralization doesn’t work in a vacuum, mainstream decentralized systems require a degree of activism to keep the system working

Decentralization is a tactic for diffusing risk for many and lowering the risk for the activists that operate the most sensitive parts of the system.

Common mode failure, all pieces can fail for the same reason. (e.g. all nodes in a blockchain run the same software but that software has a bug)

From a purely mathematical and game theory perspective, decentralization may not even matter. In a finality reversion (e.g. 51% attack), a huge loss of say $50M is still $50M regardless of whether you have validators in 1 org or 10.

However, after considering coercion, decentralization becomes much more important. It’s much harder to threaten 100 people than 1.

Consensus model relies on uncoordinated choice model, the assumption that the game consists of many small actors that make decisions independently

Yet, 90% of the entire Bitcoin network’s mining power can show up at the same conference (as 7 men). Yet, some coordination is good (e.g. strong community spirit and banding together to implement patches and fix bugs)

Related: decentralization on the Internet