The point is to make ideas real. They are (limited) representations of conceptual designs for users to interact with. 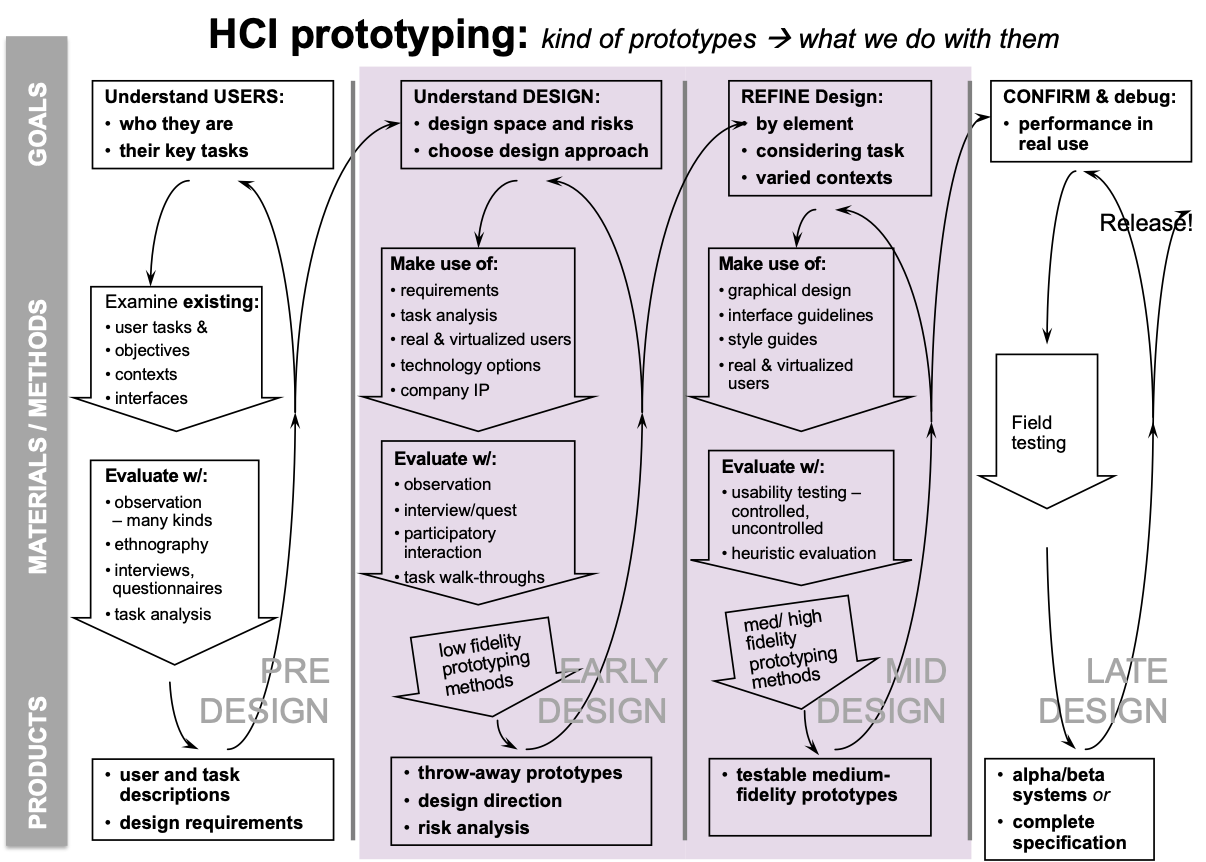 Deciding upon which of the interaction types to use, and why, can help designers formulate a conceptual model before committing to a particular interface

Fidelity is partly a matter of completeness. As you get more hi-fi it become more close to the actual deployment platform

6 dimensions to fidelity → fidelity is a spectrum. It is complicated to prototype multiple dimensions at once, so don’t!

Rough (but flexible) proof-of-concept of interface design. Useful for generating or narrowing down requirements.

Increasing in completeness and detail

Method of testing a system that does not yet exist

Possible downside is that the human can over-/under-estimate the quality of the actual technology being simulated.